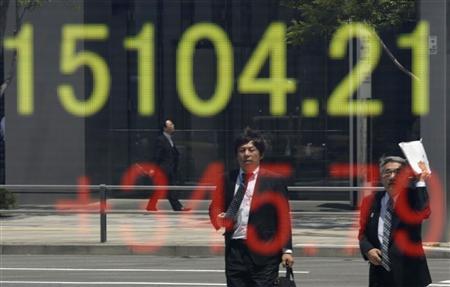 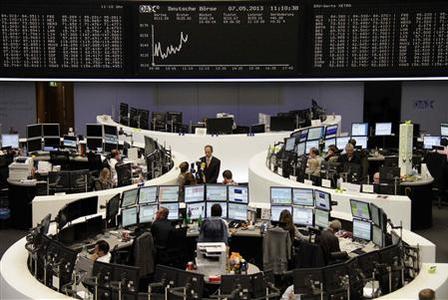 Europe’s broad FTSEurofirst 300 index .FTEU3 of top company shares was up 0.5 percent at 1,242.54 points by midday, a level not seen since mid-2008. However, U.S. stock index futures pointed to a more mixed open on Wall Street.

“If we look at the figures from this morning, Europe is still in the doldrums but liquidity is still dominating the market and investors are hoping at least that the second half of this year will improve,” said Rabobank euro zone market strategist Emile Cardon.

The euro, down roughly 2.3 percent against the dollar in May, fell 0.3 percent to a low of $1.2883 after data showed Germany’s economy crept back into growth at the start of the year but not by enough to take the euro zone out of recession.